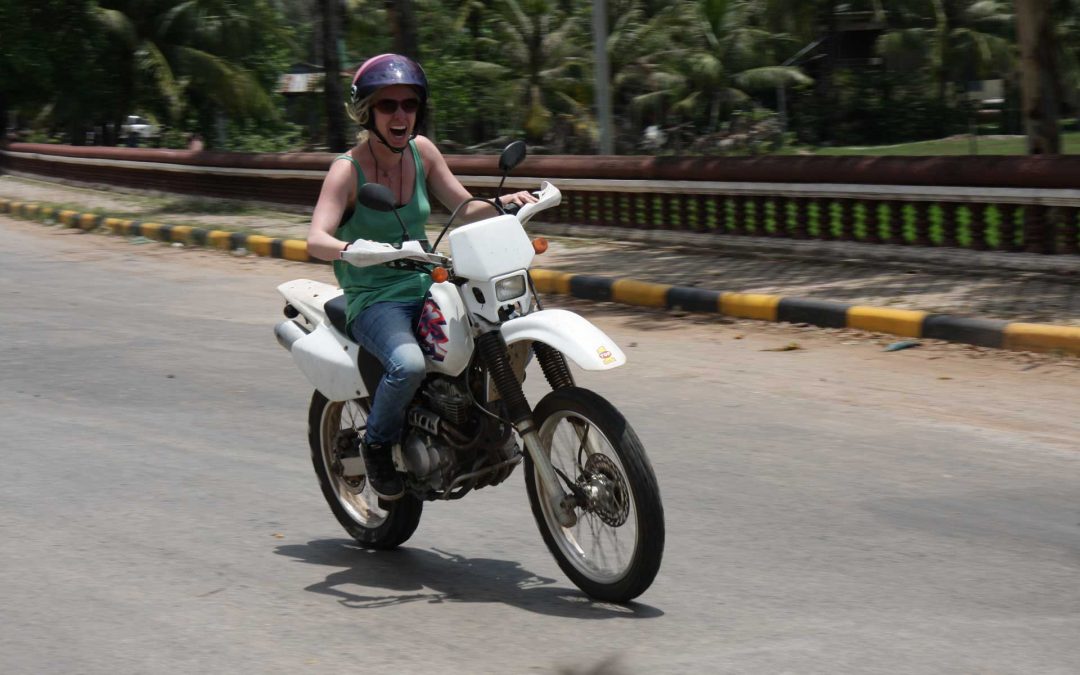 You guys probably all know about the concept of a bucket list. A list of all the things you want to accomplish before you expire, things you swear you’re going to do before you die. Well I have made such a list… several times. And I can tell you “sitting in an office wasting my time staring at a computer screen until I retire” is NOT on a single one of them. Rather, the thread in all these lists is travelling (what a surprise). Visiting as many places as possible, experiencing different cultures, enjoying the beauty of mother nature, shattering my own limits and meeting new people. Talking with them, learning from them (and vice versa), if only to get inspired and broaden my horizons.

During my first backpack trip I swore not to put myself in too uncomfortable situations (but after a while I have even started liking it… occasionally). And I refused to walk around like the “stereotypical backpacker”: collectively adopting the great unwashed look, wearing torn up, filthy, oversized clothes and greasy hair. Now I am not that vain that I want to walk around looking like I just walked out of a haute couture fashion show (I am not even into fashion or brands anyways), but I did want to have some nice clothes for different occasions. And, most important, I just had to bring my hair straightener. My mum called me crazy, but hey, it weighs less than a kilo and I just didn’t feel complete without it.

When I was preparing my first trip (with a backpack instead of a highly impractical suitcase that is), I decided to call myself a backpacker on high heels. If only to justify carrying around 12 kilos of stuff I mostly didn´t need or wear. It also justified that I occasionally treated myself on a quite luxurious hotel to ‘celebrate’ the start or end of my holiday. And in an attempt to always look representative and smell good – which turned out to be a huge challenge in tropical countries with temperatures above 40 degrees – I believed I also distinguished myself from the shabby type of backpacker. The rare kind of species I just couldn´t identify myself with.

On the other hand, I am a firm believer of challenging yourself, getting out of your comfort zone and trying new things. Hey, I don’t travel 10.000K to lay around on my butt in a 5 star all inclusive resort. I want to do awkward awesome now and then and shatter my own limits: fall from the sky with 200K per hour, jump off a 111m bridge with only an elastic cord around my ankles, take a few rapids in a plastic boat. But also eating local food at a street market (I’ve learned that it’s often the best food around and darn cheap) or taking a cooking course to be able to replicate those meals at home.

And now ladies and gentlemen, this backpacker on high heels has done something freakin’ awesome… I’ve put everything I have learned during my trips into practice. On my last trip to Cambodia I’ve travelled pretty low budget. I have NOT brought my hair straightener. I’ve really, truly packed light this time (see the evidence above). Slept in a tent several times (and looooved it), surrounded by snakes… possibly poisonous ones. Took a bath in the river, unaware of the fact some crocodiles might have the same idea. Learned how to ride a motorbike in an hour and put these newly acquired skills into practice on a dirt bike the next day. And to top all of that I’ve managed to pee in a toilet packed with huge cockroaches.

Well, maybe it’s time to change this concept of backpacking on high heels and revise my bucket list once again…  🙂