Nailed Chakrasana – and what powerful lessons it taught me 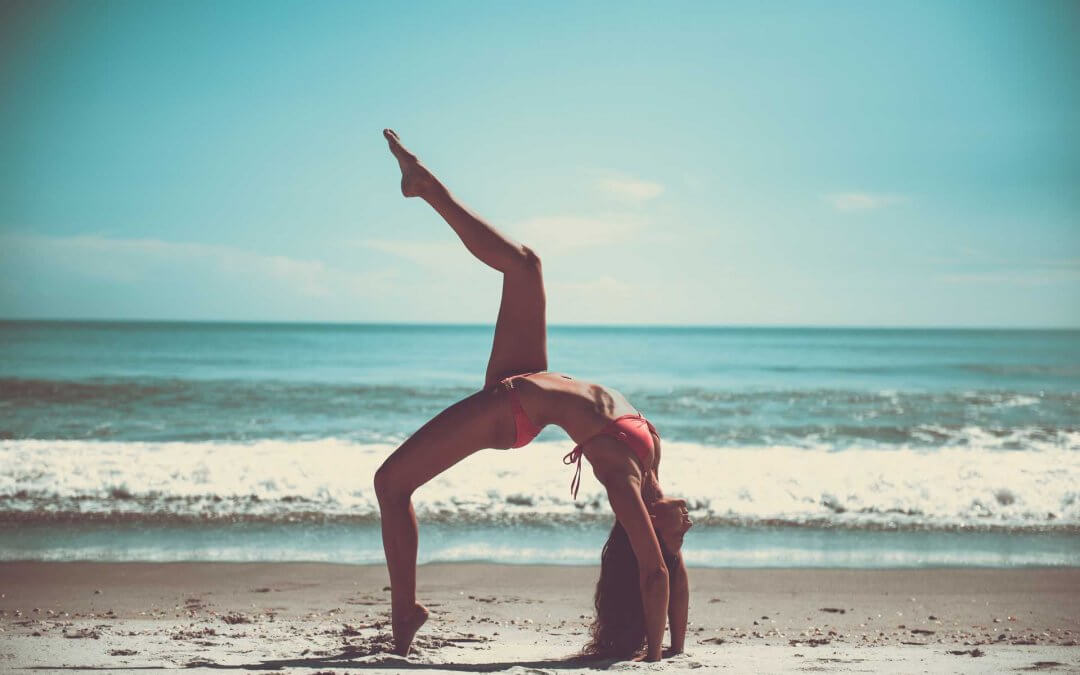 Those who seriously and diligently practice yoga, know it: being able to do a certain pose actually doesn’t mean a lot. Regardless of how cool or advanced it may look. Showing off in challenging asanas shows a lot of ego, which we actually want to let go of. So the pose in itself doesn’t say much.

Two minutes of showing off in a headstand or a crazy arm balance doesn’t mean anything if it doesn’t have a pure intention, full awareness, concentration and focus. Ten minutes of standing with a pure and concentrated mind in Tadasana (mountain pose, which looks ridiculously easy, but actually isn’t) is much more powerful and beneficial.

Yoga is not about touching your feet, it’s about what you learn on the way down

What’s most important is what you learn in the process of getting into and mastering asanas. Chakrasana, the wheel pose, has been my number 1 challenge since I started doing yoga.

During my first year of yoga, I felt like a complete rookie anyway. I felt everybody could do much more and much better than me. I didn’t understand how it could be thought that yoga was so relaxing, because I was puffing, struggling and sweating my way through class. And all the challenging poses others could do, I just couldn’t.

I kept comparing my self with others, had my focus outside myself, instead of turned inwards. Until I made a first little step in my development and realised I just wasn’t cut out for it (yet) and accepted that. I agreed on my weekly yoga class just being a way to stretch and relax the body after long hours working behind a desk.

Until I started doing yoga more regularly. I practiced several 1-3 months long intensive yoga courses in Thailand and Bali – of course I was absolutely hooked from the start. So I also started building my personal practice. Which was in the end the real challenge, because it was asking discipline, perseverance and courage.

This process has been – and still is – a beautiful process in which I learn a lot about my self. What happens on the mat is actually a reflection of what happens off the mat, in daily life. And what happens on the mat, how you approach asanas, how serious you are about your daily practice and how you actually learn new yoga poses (pushing yourself vs. taking it too easy on yourself) has become a path for spiritual development for me.

But by myself? No way.

And trust me, I’ve asked every single teacher. Every one of them tried to help me with different tips and cues. But still I never got the golden tip.

I didn’t give up, though. I took me years of practice, but I didn’t give up. I tried every single time. When we got the pose in a class, I tried. If it didn’t work, I’d challenge myself in half bridge (a preparation for Chakrasana). But I never gave up. And I kept believing that one day. One day I would nail it.

Whenever I couldn’t get into the pose feelings of frustration and disappointment occasionally showed up. But yoga and meditation practice also taught me to not pay too much attention to it.

Lately I even started laughing about it. Laughing about myself. Maybe this was also helping me to let go of the attachment to a result. And maybe that’s also part of the reason why suddenly it worked.

But most of all, I just got a strong feeling of belief in myself. “Just keep going,” I told my self. “Step by step, one day you get there.”

Poof, smoothly and easily there I was

And that one day was on this cold, winter Thursday morning, the 1st of December 2016. During a yoga class at Arhanta Yoga Ashram I got this one little, tiny little cue from a new teacher. And when I applied what she told me, there I went. Poof. I was doing Chakrasana. Straight into the pose, smoothly and easily. No troubles whatsoever. One little cue.

Never. Never ever give up.

But mostly, it just put this little smile on my lips, realising that this one single pose, and the whole process of years to get into it, showed me a beautiful and powerful life lesson.

To just Never. Give. Up.

Tell me about your biggest challenges – on or off the mat – and what helps you to never give up?